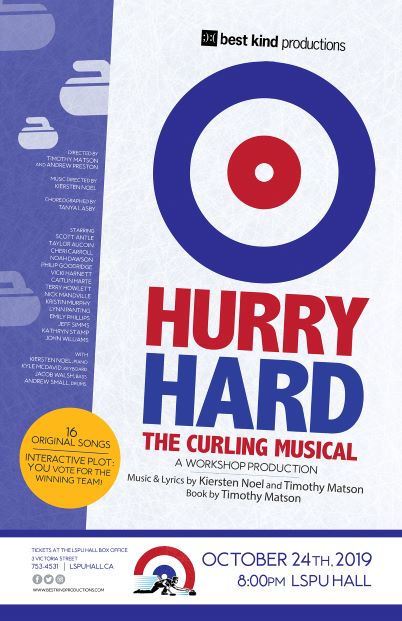 At a local curling club, an annual and slightly unusual tournament begins. With mixed-gender teams picked at a random, anything can happen on the ice. Cassie and teammate Stephanie play for opposing teams for the weekend. Dan is spending another season on the ice, but slightly shadowed by his curling all-star brother Max, who has returned home after playing in Ontario the previous season. Katie finds herself pulled up from juniors to play in the big leagues, and she catches the eye of Wyatt, who spends his days making poutine at the club snackbar. Mixed doubles team and married couple Paul and Ella and the mysterious but legendary curler Heck all take up their sliders and brooms to compete for the trophy. Cheered on in the stands by dedicated trio club manager Shirley, along with Ronnie and Glynis, the stage is set for a great week of curling.

When old flames reignite, Stephanie’s two kids make a surprise visit, and a curling newbie journalist arrives, the stones really start to curl. But, as with any shot in curling, how will it finish?

And like in a real curling game, the winner isn’t decided until the final stone lands – and the audience chooses the champion.

With a cast of fantastic local performers, a sharp, smart script, and a full score of pop-infused musical theatre tunes, this show is for musical theatre fans and sports fans alike.