The Haunting of Margaret Duley 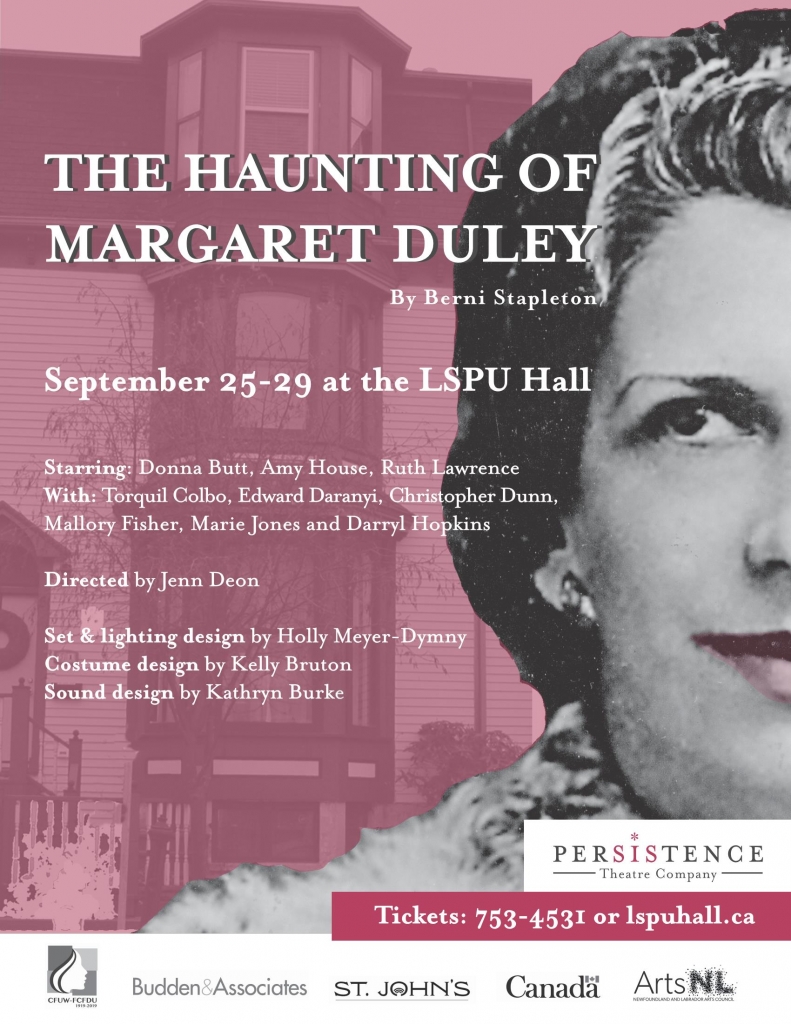 Margaret Duley (1894-1968): a daughter of Newfoundland renowned and loved around the world for her novels, yet disparaged at home for her outspoken views on women’s rights and her novels’ bold portrayal of the female perspective.

While history may be guilty of under-representing her significance, in THE HAUNTING OF MARGARET DULEY, audiences will meet Margaret as an emerging and daring author, as an unconventional spiritual traveler, and as a human being ultimately undone by a relentless illness