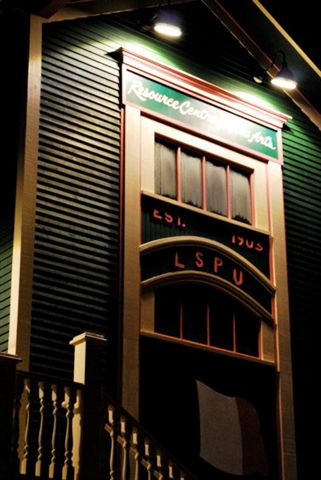 Resource Centre for the Arts (RCA)

Resource Centre for the Arts (RCA) operates from the historic LSPU Hall (formerly the Longshoremen’s Protective Union), affectionately referred to as The Hall – which houses a 175-198 seat theatre. Downstairs houses the Cox & Palmer Second Space where a bar and smaller event space can be found. The Hall is located in the heart of downtown St. John’s, Newfoundland.

RCA is a member of The St. John’s Board of Trade, and is governed by an elected Board of twelve (12) Directors made up of arts practitioners, artists and other professionals.

RCA aims to provide accessible, supportive and well-resourced programs and venues, with a primary focus on the creation, development, and advancement of the performing arts in Newfoundland and Labrador.

RCA Theatre Company (RCAT), the Hall’s in house theatre company, provides resources and a supportive environment for the production and promotion of theatre in St. John’s and throughout Newfoundland and Labrador.

RCA was created in 1979 as an artist-run, community-based organization that fosters the development and showcasing of Newfoundland art and artists. RCA boasts impressive accomplishments including:

Include Mainstage Productions, Significant Other Series(SOS), Theatre Arts Workshop(TAW), New Play Development and Artist Programs as well as Presentation of Canadian plays, administered through The Department of Canadian Heritage.

RCA respectfully acknowledges that the land on which we currently stand, create and perform, and gather is the ancestral homelands of the Beothuk, whose culture has now been erased forever. The island we call Newfoundland is the unceded, traditional territory of the Beothuk and the Mi’kmaq. Labrador is the traditional and ancestral homelands of the Innu  of Nitassinan, the Inuit of Nunatsiavut, and the Inuit of NunatuKavut. We ask that you take a moment to reflect on whose land you are standing on, whose land you were born on, and whose land you currently live on. We ask that you reflect on how that land was taken care of, and how it is taken care of now, and finally who currently walks freely on it. If this reflection makes you uncomfortable we ask that you sit in that feeling and question it. Let it help you work towards reconciliation, something we can only achieve together. Thank you.