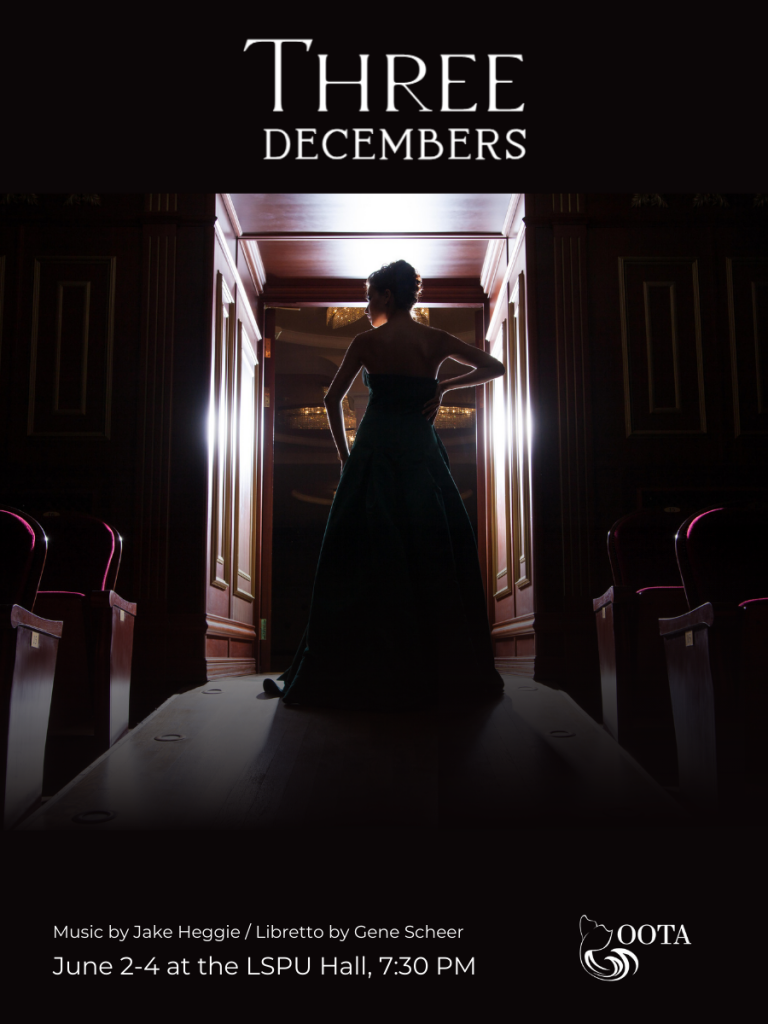 Three Decembers is a chamber opera in two acts, composed by Jake Heggie, with a libretto by Gene Scheer. Based on the unpublished play Some Christmas Letters by Terrence McNally, Three Decembers is set during the month of December in three years – 1986, 1996, 2006 – and tells the story of a famous actress, Madeline, and her two adult children as they struggle to know and love each other. This Mainstage, Eastern Canada Premiere production will feature three singers and a 12-piece orchestra.