***Anyone with tickets to the cancelled performances please contact the box office to have your tickets exchanged.*** 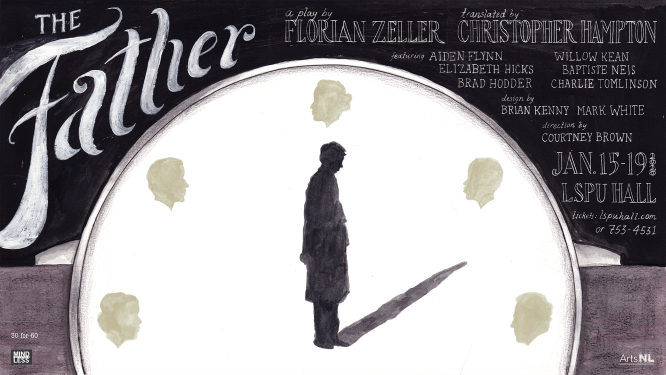 In a darkly humorous and deeply poignant translation by Christopher Hampton, Florian Zeller’s The Father is a tragi-comic mystery. It is a sobering and realistic family story, an unsentimental look at the world through the eyes of a man experiencing dementia, and a dramatic illustration of the physical losses which occur along with the mental ones. André is a man facing persecution from all sides, and he refuses to take it any longer. First some girl, a “helper” — whom he doesn’t need at all — steals his favourite watch. Then his daughter Anne, a scheming woman who worries too much, tries to take his apartment away — the beautiful apartment he’s had for over thirty years, in which he is still quite capable of living, thank you very much! His daughter Elise, the one
he actually loves… where is she? She never comes to visit. Anne’s husband — or lover — Pierre, with whom she is moving to London — or staying in Paris — threatens André with violence if he will not cooperate, and to top it off, strangers keep entering André’s apartment, telling him that they are his friends and family, telling him that he doesn’t live in his apartment anymore. However aged he may be, André knows that he is a powerful man, a man of authority, and he will find some way to assert it. After all, he still has all his faculties…. Doesn’t he?