Characters – All characters are played by Santiago Guzmán 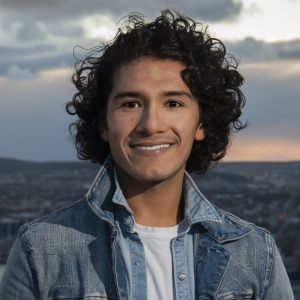 Santiago Guzmán (he/him) is a writer, performer, director and producer for theatre and film originally from Metepec, Mexico, now based in St. John’s, Newfoundland and Labrador. He is the Artistic Director of TODOS Productions (NL), the Artistic Associate for Playwrights Atlantic Resource Centre (NS) and General Manager for Neighbourhood Dance Works (NL). He is a proud member of The Quilted Collective.

His work as a writer aims to put local, under-represented narratives and characters on the frontlines, whilst inviting audiences to appreciate the vibrancy of Newfoundland and Labrador from a diverse perspective.

His plays have been supported, developed and/or produced by theatre companies and festivals across the country, like TODOS Productions (NL), Resource Centre for the Arts Theatre Company (NL), Artistic Fraud of Newfoundland (NL), Rising Tide Theatre (NL),